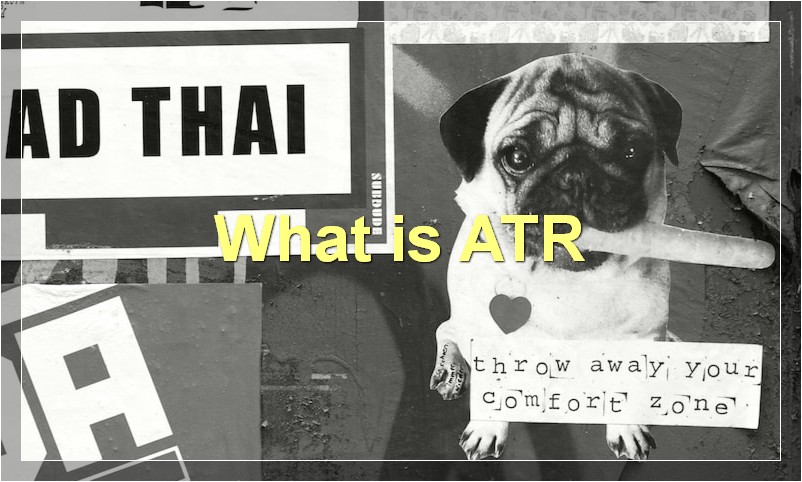 If you’re not familiar with the term “trailing stop,” don’t worry – you’re not alone. In fact, even experienced investors may not fully understand how trailing stops work. But if you’re looking to take your investing to the next level, it’s important to learn about this powerful tool.

What is a trailing stop

When it comes to investing in the stock market, there are a variety of strategies that traders can use to manage their positions. One such strategy is known as a trailing stop.

A trailing stop is an order to sell a security when it falls to a certain price below its current market price. The trailing stop price is dynamic and will adjust as the security’s price changes. For example, if a stock is currently trading at $100 and has a trailing stop of $10, that means the stock will be sold if it falls to $90.

There are a few benefits to using a trailing stop. First, it can help traders lock in profits on a winning trade. Second, it can help limit losses on a losing trade. Finally, it can take some of the emotion out of trading by taking away the need to make decisions about when to sell.

If you’re thinking about using a trailing stop in your trading strategy, be sure to do your homework first. Familiarize yourself with how they work and what risks are involved.

ATR is the Average True Range indicator. It is an indicator that measures volatility. The ATR does this by taking the average of the true range over a given period of time. The true range is the greatest of the following:

The ATR is a very important indicator for those who trade volatile markets, such as the Forex market. The ATR can help traders to determine the best time to enter or exit a trade.

How do you calculate a trailing stop

Another method that can be used to calculate a trailing stop is to take the average true range (ATR) of the past X number of periods and multiply it by a percentage. The ATR is a measure of volatility, so this method takes into account market conditions when setting the trailing stop price.

Which method you use to calculate your trailing stop will depend on your trading strategy and what you are trying to achieve. Some traders like to use a fixed percentage trailing stop, while others prefer to use a dynamic trailing stop that adjusts based on market volatility.

When it comes to stops in the market, there are two main types: trailing stops and stop losses. Both are designed to help limit your losses in a trade, but they work in different ways. Here’s a look at the key differences between these two types of stops.

Why is a trailing stop important

There are a few key reasons why a trailing stop is important:

1. A trailing stop can help you lock in profits.

As the market moves in your favor, the trailing stop will automatically adjust to the new market price. This ensures that if the market reverses, you will still capture some profit.

2. A trailing stop can limit your losses.

If the market moves against you, the trailing stop will be triggered at the stop price, limiting your losses.

3. A trailing stop can take the emotion out of trading.

It can be difficult to stick to your original plan when the market is moving against you. A trailing stop can help by automatically executing an order when the market reaches your predetermined stop price.

What are the benefits of using a trailing stop 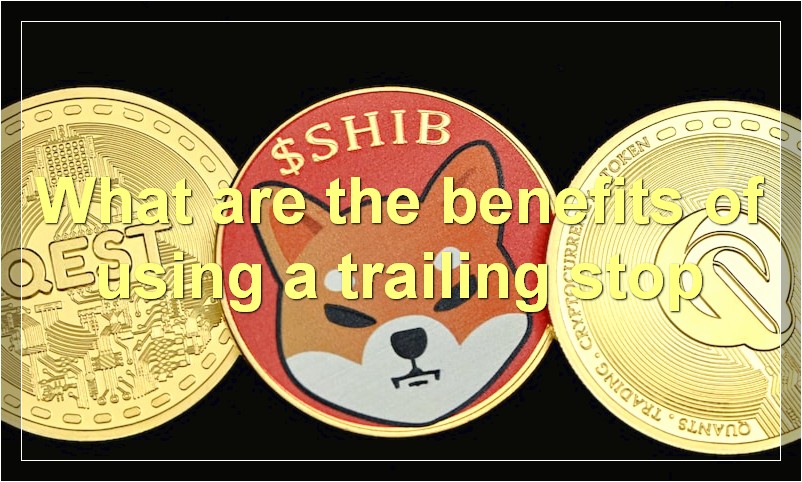 When it comes to investing, there are a lot of different strategies that people use in order to try and make money. Some people are more aggressive, while others take a more passive approach. One strategy that falls somewhere in the middle is using a trailing stop. So, what exactly is a trailing stop and what are the benefits of using one?

There are a few benefits of using a trailing stop. First, it takes some of the emotion out of investing. When you set a trailing stop, you’re essentially saying that you’re okay with selling at that price, no matter what the market does. That can take away some of the anxiety that comes with watching your investments go up and down.

Second, a trailing stop can help you lock in profits. Let’s say you bought shares of XYZ stock at $10 per share. After holding it for awhile, it’s now worth $20 per share. If you set a trailing stop at $18 per share, that means that if the stock price falls to $18 or below, your shares will be sold and you’ll lock in a $8 per share profit.

Lastly, using a trailing stop can help keep you from selling too early. It’s easy to get impatient when you see an investment going up and want to cash in on your gains. But if you have a trailing stop in place, it’ll give the investment some room to run and potentially make even more money for you.

A trailing stop is a type of order used by traders in the stock market. It is an order to buy or sell a security at a price that is better than the current market price, but only if the price moves in a certain direction. For example, a trailing stop for a long position might be set at 10% below the current market price. If the price falls 10%, the order would be executed and the trader would buy the security.

What is the risk involved with using a trailing stop

There are a few risks involved with using a trailing stop. The main one is that if the market starts to move against you, your stop will get hit pretty quickly and you’ll be forced out of your position. This can obviously lead to some big losses if you’re not careful. Another risk is that you might miss out on some big profits if the market continues to move in your favor after your stop has been hit.

How can you use ATR to your advantage when trading

ATR, or average true range, is a technical indicator that measures the volatility of a security. It can be used to gauge the market’s overall direction and strength, as well as potential reversals. ATR can also be used to set stop-loss orders and trailing stops.

– Trailing stops only adjust upwards. This means that if the price of the security falls, the stop-loss price will remain the same.

– The amount by which the trailing stop adjusts is up to you. You can set it to adjust by a certain percentage or dollar amount.

– Trailing stops can be placed on both long and short positions.

– Once placed, a trailing stop cannot be changed.